Alright so we’re back with Round 2 of the “Let’s Talk About Sex, Baby.” Round 1 was hilarious, unedited and eye-opening. This round? Ladies, brace yourself. Grab a coffee or wine, and maybe a glass of ice cold water, you know, just in case. You asked, and they answered. This will most likely be last time we visit this topic, so enjoy the uncensored truth!

What do you consider being “sexually adventurous”?

Greg: While thinking about this, I had trouble discerning the difference between sexually adventurous and freaky, but I think I figured it out. Imagine the amount of sexual things you like as a metaphysical bubble that surrounds you. The size of the bubble depends on the amount of things you like or how abnormal the thing/s you like is/are. As you can imagine, some people’s bubbles are bigger than others. The size of this bubble is reflective of freakiness. Being sexually adventurous is being willing to step out of your own bubble and try something new whether you think you’ll like it or not. In a way it feeds your bubble – your bubble might grow depending the new things you’ve tried and like.

Eric: It’s actually easier for me to say what I don’t consider sexually adventurous. That would be whatever long list of things you could be doing during sex, but haven’t necessarily tried yet, and are doing so just for the sake of trying. That includes booty eating, threesomes, foursomes, trains, sex with the same gender. Adventure, to me, is exploring that which you find tasteful. Places and positions.

Jake: Not sure what adventurous sex is but I’m guessing it’ll be something where you and that person could just say a keyword and they’d respond with, “Oh yeah! I remember that time.” Basically any sex outside of the home can be adventurous.

Rudny: I will spare you all the details on my views on being “sexually adventurous”, but I will say this though: Adventurous sex includes some kind of risk, or involves doing something that might be frowned upon. I know a few people would consider a finger up the ass or just different positions as adventurous.

How do you feel about your partner being more adventurous than you in the bedroom? Is it intimidating? A turn-on? Let the ladies know!

Greg: I’m going to assume that by more adventurous the question is really asking about her being more freaky, in which case I can see someone being intimidated by a bigger bubble. I think the key to mitigate that fear is open communication and sexual adventurism. On the other side, for the freaks, the key is understanding not everyone has a big bubble and being patient.

Eric: When it’s natural, it’s invigorating. Definitely, a turn-on. I enjoy women who are comfortable with themselves. It opens up a whole new world of interaction, in and out of the bedroom.

Jake: Yassssssss! Love the girl to be more adventurous than I am, but I’m also a Leo, so I’ll end up taking control at some point. For some men it could be intimidating when women initiate new ideas to try, and even more trying when you have to use a rubber in all these explorations. But the biggest thing bout women that are adventurous is that they’re usually experienced aka they’ve been hoeing.

Rudny: I really can’t think of any woman that I have met that has been more adventurous than me, to be honest. I’ve met a few that were really creative, and others that were aggressive.  I don’t think I would mind it too much. I often encourage my partner to be a little more adventurous, and to try things she has not in the past.

What about sex drive? How would feel about your partner having a higher sex drive than you? Or what if her libido lacked? Will your relationship be on the rocks?

Greg: Mismatching libidos can be frustrating, especially for the person with the higher one. You can’t force someone to desire to have sex with you. It’s not a bubble you can groom, not easily anyways. Not every relationship is perfect so it’s hard to say it’ll be on the rocks. I know for me, sex is pretty important, but it’s not a deal breaker. If other parts of the relationship are flourishing, it won’t matter that much.

Eric: I’ve found that the older women get, the more they would to be taken to pound town. There’s really only one thing that could turn me off to that, and that’s if you’re an awful person, or being an awful person before or after sex. It actually has nothing to do with your sex drive. Keeping up with that is fairly easy.

Jake: High sex drive is a must! That’s what saves relationships, I kid you not. We could be having the worst argument and all of sudden you pull down my pants on start dutty whining on it? That argument is now finito and we are back to normal. But if that same argument doesn’t lead to sex, and you’re both still angry, that’s where cheating is formulated.

Rudny: During college I met this one girl that would constantly send me booty texts throughout the day. Then one time I had a big exam to study for, (engineering exams were no joke) and she kept sending her usual texts. I ignored them until later on, and when I finally took a look at her filthy texts, one stood out: “I got food” (my kryptonite). I went to her apartment and this girl tells me that the food is in her bedroom. At this point I knew it was a trap… but I was hungry so I did what I had to do to show appreciation for the food. After I thanked and began to get ready to leave and to continue studying, she starts begging for one more round. She would not let me leave! I was so annoyed and tried to explain to her that I really had to go, but she then got desperate and screamed, “No! I’ll suck your dick!”

Normally that would be cool but the desperation was not attractive at all (lol). Never looked at her the same ever again.

Are you okay with the incorporation of sexual accessories such as toys and lube? Would you be offended?

Greg: I’ve tried sex toys before, but they just get in the way and we end up ditching them for regular pounding. I’ve never really been a fan of lube. I’ve always felt foreplay and saliva exist for a reason and they are both quite effective.

Eric: Lube is fine. I only say that because I actually use condoms, and condoms are terrible. Without condoms, lube won’t be needed. I’ll take care of that part, then you will. Or maybe you will first, who knows. I dislike toys. I REALLY dislike simulating double penetration. I tend to stay away from anything serious, relationship wise, if a woman is into that. There may be some things she needs to get out of her system. Or into her system. At the same damn time.

Jake: Sex toys is a fucking no, and if you have to use lube it means two things: You’re having sex with a condom which I think is pointless sex, or her vagina is a sandbox.

Rudny: All penis shaped objects are banned in the bedroom. Have tried some other things because, like a scientist, I want to see the impact certain stimuli has on a subject. Like a vibrating ring for example.

I know we touched upon turn-offs last round, so this time let’s focus on the turn-ons. What are 4 things women do that are turn-ons during sex? Go!

Eric: Look back at it. Lick her lips. Roll her eyes back so you can’t see her pupils anymore. Call her husband and tell him she’s going to get home late.

Rudny: A women that is not afraid to take control. When she says, “Lay down, baby. I got this,” I be mad proud. Doing things without being asked. Besides that I am a simple man. I am easily pleased.

Don’t Forget To Join Us For The Twitter Chat Tomorrow! 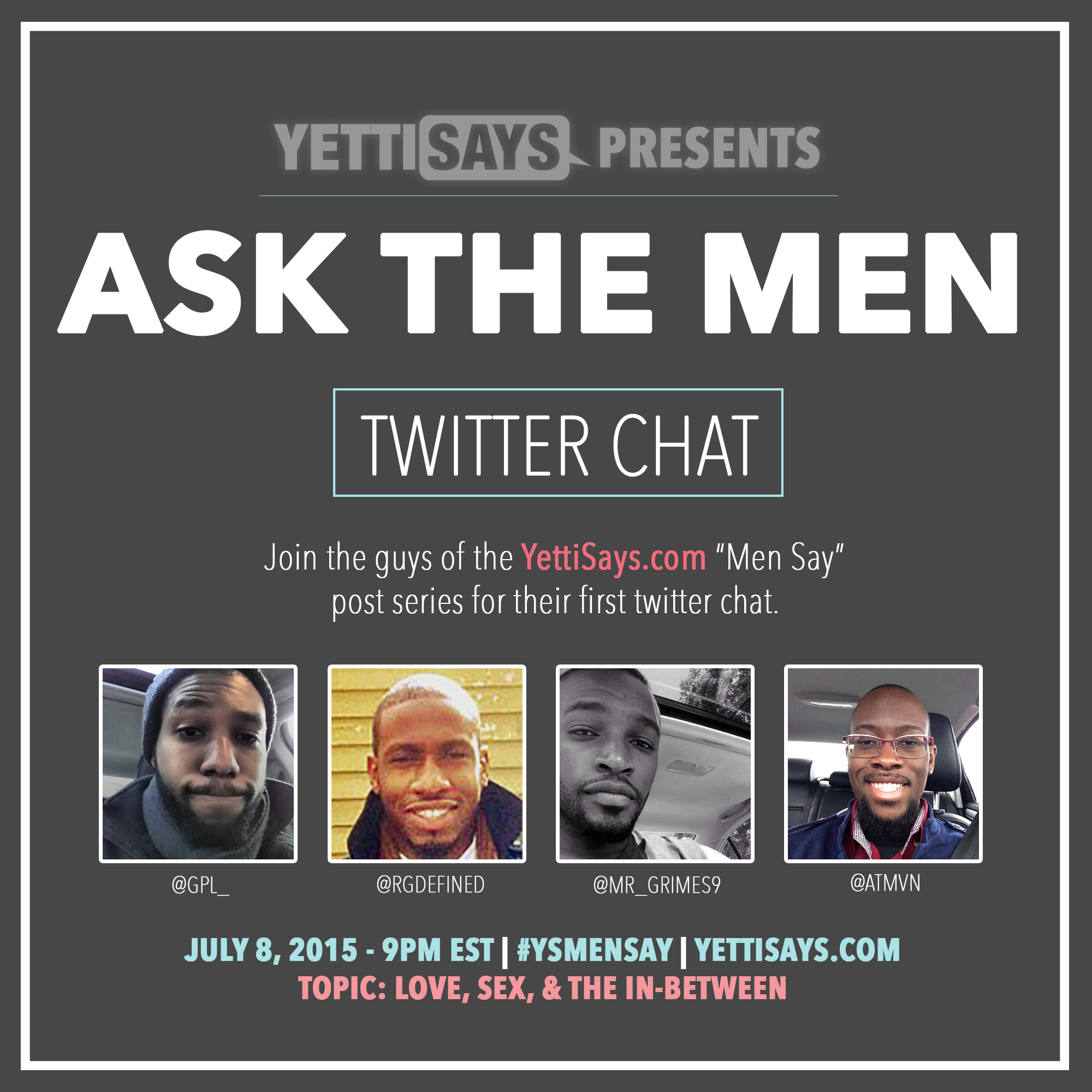 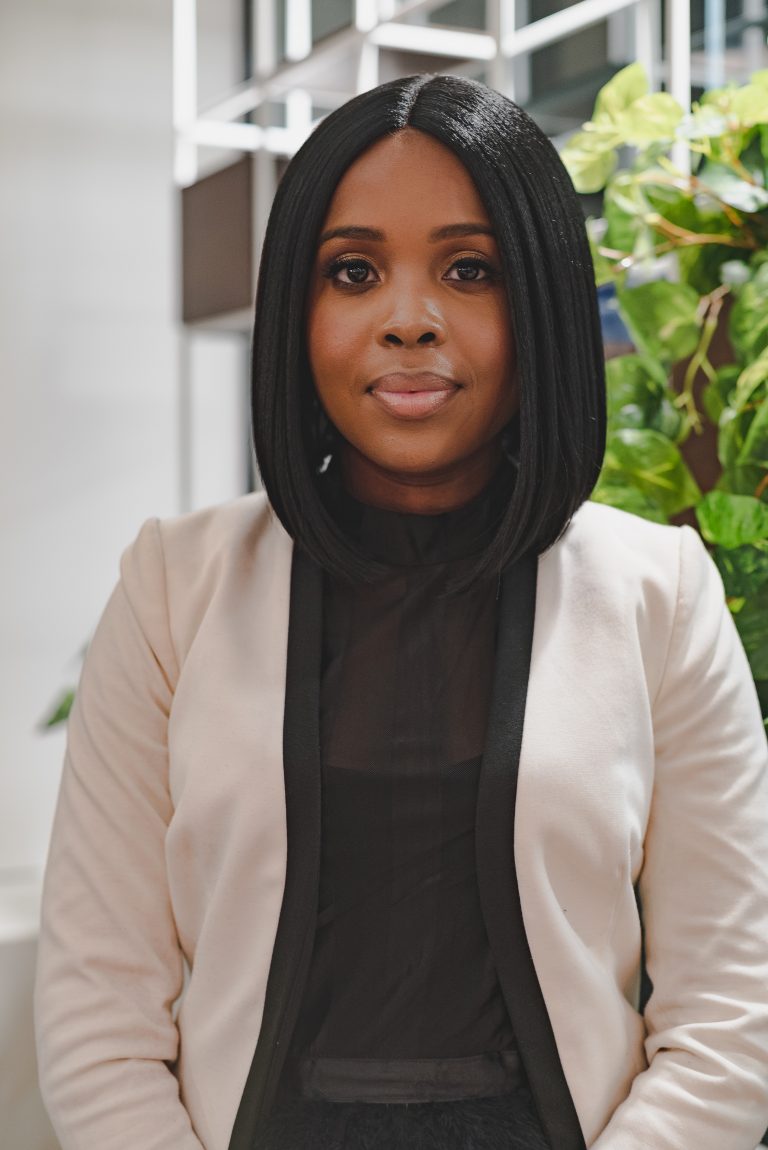 [Tweet “”What is for me will never pass me by.” – Laurie”] Dear Lo, Your life is not over despite… 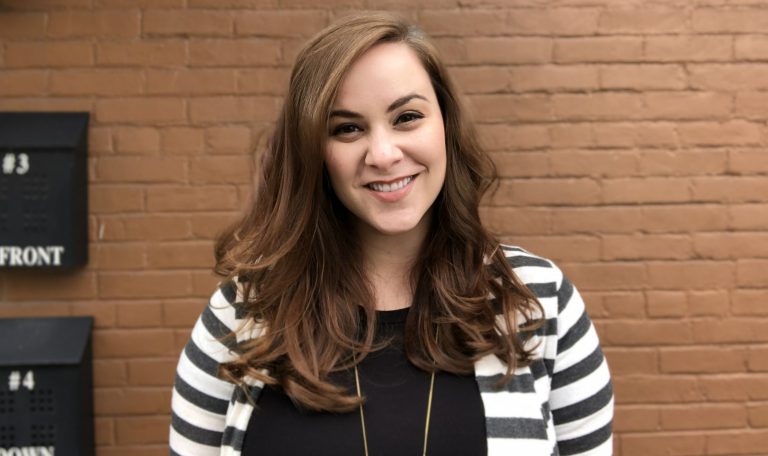 Name: Kate  Title: By day, I’m the digital communications manager for a large, progressive nonprofit; in my spare time, I… 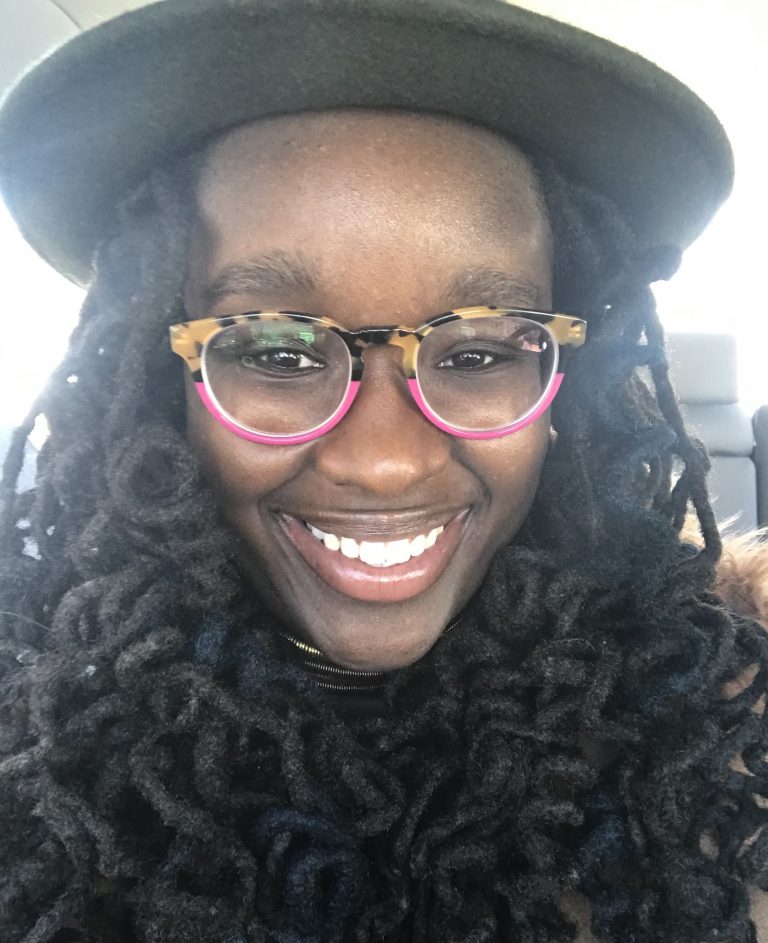 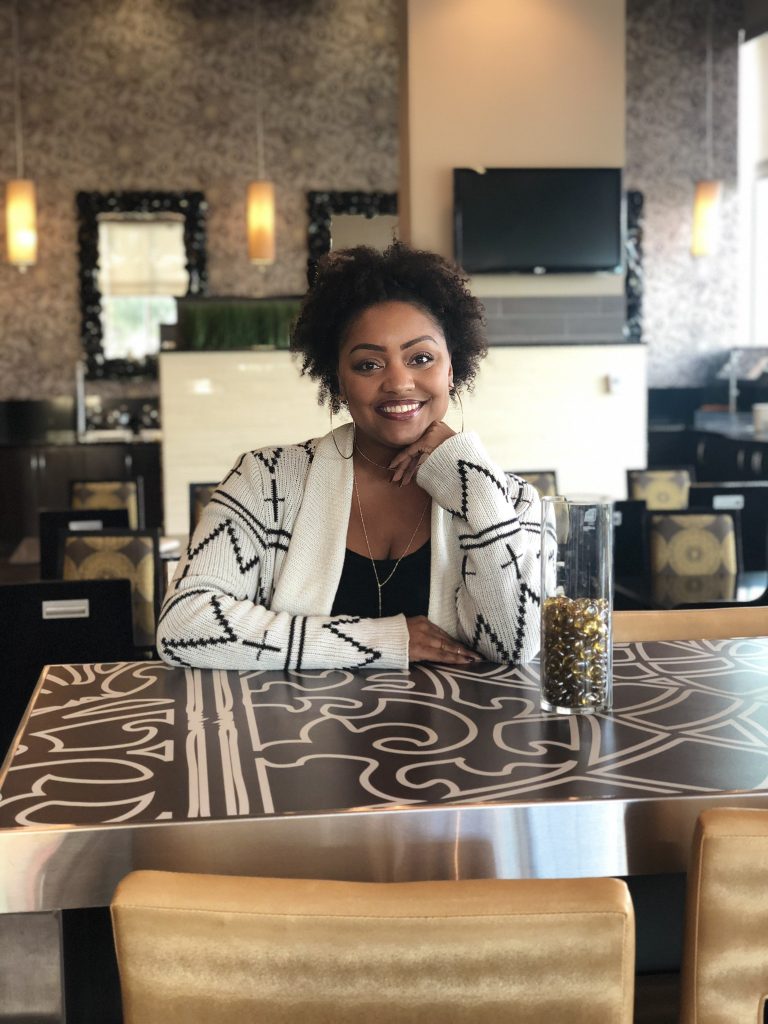 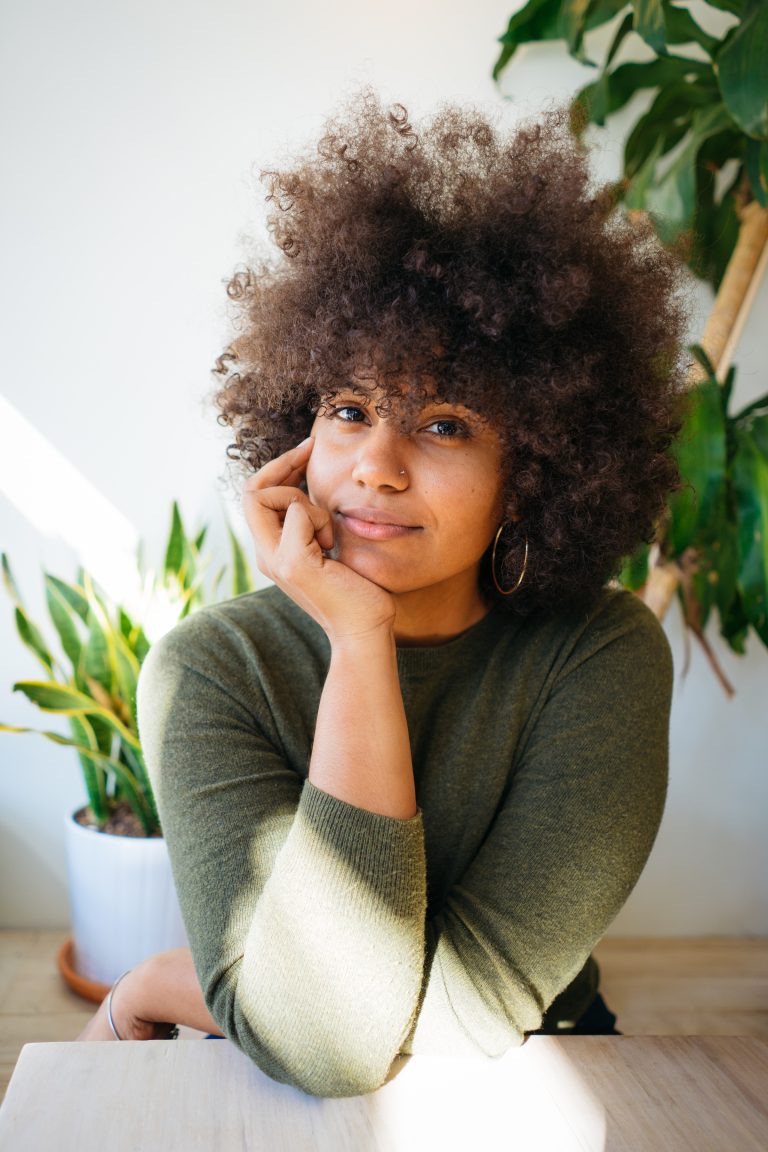 When did you first realize you were struggling with anxiety / panic disorder? What was your first line of action… 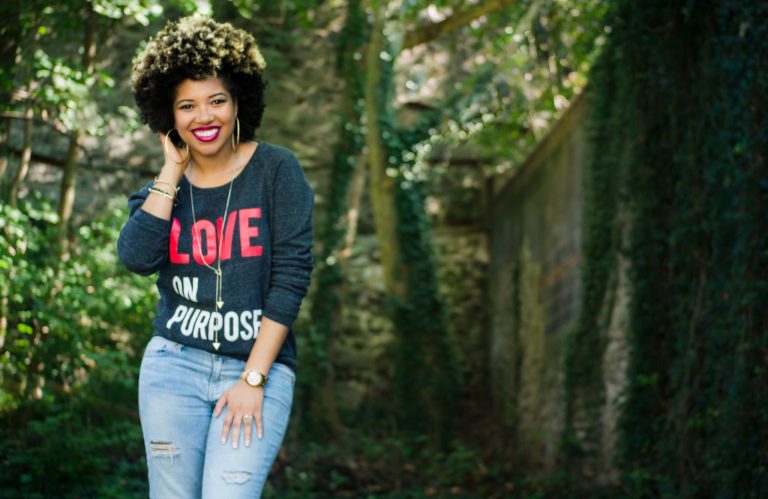 [Tweet “”Courage is showing up and allowing ourselves to be seen.” Brene Brown”] Dear Ashley, You mattered before anyone said…